Archie was born in Boston, to the late Axel and Madeline (Bradley) Wahlberg. He was raised and educated in East Boston and Dorchester.

He was proud to have served in the United States Army during World War II, participating in the Liberation of Italy. While serving in Rome he developed a love for Italy and the Italian people. Years later, he returned to Rome with his beloved wife, Rosemary, and revisited the country.

After a career with Bethlehem Steel at the former Fore River Shipyard and with General Electric in Newton, Archie became involved in community service along with his wife, Rosemary. They shared a love of helping others. They devoted their lives to giving back.

He was an active member of the Quincy Democratic City Committee and had served as Vice Chair. Archie also served on the Quincy Cemetery Board of Managers for many years. He was a founding board member of Manet Health Center. He served on the Quincy Housing Authority. He chaired The Elder Housing Corporation that was instrumental in the building of The Moorings at Squantum Gardens, which benefited military veterans.

In honor of Archie and Rosemary’s many years of dedicated commitment to the mission of Quincy Community Action Programs, they were honored in 2012 when the Headstart Learning Center was dedicated in their names. The Rosemary and Archie Wahlberg Early Learning Center is a lasting legacy of their dedication to the City of Quincy that they came to love.

Archie was an avid cook and expressed his love through food. He was never happier than when he was sharing his pasta and famous meatballs with friends and family. He was a fastidious dresser and took great pride in his appearance. He loved the racetrack, the lottery, and playing poker. Late in his life, his nephew, Mark, graciously put Archie in a number of cameo roles in his films. The film buff that he was, he relished the experience.

Most of all, Archie was dedicated to his family, especially his cherished grandchildren and great-grandchildren, along with many nieces and nephews. He became the family patriarch, a role he cherished and one that brought him great pride. He felt extraordinarily blessed.

Beloved husband and best friend of the late Rosemary C. (McGrory) Wahlberg. A romance that lasted for sixty-six years.

One of eight children, he was the dear brother of Alfred Wahlberg of North Carolina, and was predeceased by Thelma Moser, Robert Wahlberg, Donald Wahlberg, Joseph Wahlberg, Paul Wahlberg, and Donna Black. Archie is also survived by his brother-in-law, Frank H. McGrory of Naples, Fla., and sister-in-law, Alma Wahlberg of Braintree, and many nieces and nephews. 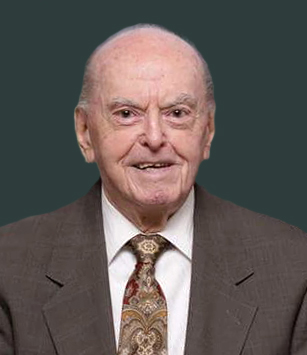