Giovanni Nicolino Centofanti, age 97, of Westwood, formerly of West Roxbury, died peacefully, Sunday, June 6, 2021, in the comfort of his home, surrounded by his loving family.

Giovanni was born in Ari, Province of Chieti, Region of Abruzzo, Italy, to the late Filippo and Assunta (Santone) Centofanti. Raised and educated in Ari, Giovanni immigrated to the United States with his young family, arriving in New York City on April 6, 1956. He had lived in Westwood for twelve years, previously in West Roxbury for most of his life.

He was employed as a laborer in the construction industry for over thirty years and was a proud member of Laborers’ Local 22.

Giovanni loved to sing and was a member of the Gruppo Folkloristico Orsognese of Everett for many years. He also enjoyed singing at family events.

A hard-working family man, Giovanni was an avid gardener and excelled in making wine and sausages for family and friends.

As a young man, he had served in the Italian Army.

Most of all, Giovanni’s passion was his family. He was devoted to his wife, children, grandchildren, and great grandchildren, supporting all their activities and accomplishments.

One of eight siblings, Giovanni is survived by his sister, Amalia, of Ortona, Italy. He is also survived by many nieces, nephews, and cousins.

Visiting hours will be held at the Sweeney Brothers Home for Funerals, 1 Independence Avenue, Quincy, on Friday, June 11, from 4-7 p.m. Relatives and friends are invited to attend. A Funeral Mass will be celebrated in Saint Theresa of Avila Church, 2078 Centre Street, West Roxbury, on Saturday, June 12, at 10 a.m. Interment to follow at Mount Benedict Cemetery, West Roxbury.

For those who wish, donations in Giovanni’s memory may be made to the Alzheimer’s Association, 309 Waverly Oaks Road, Waltham, MA 02452. 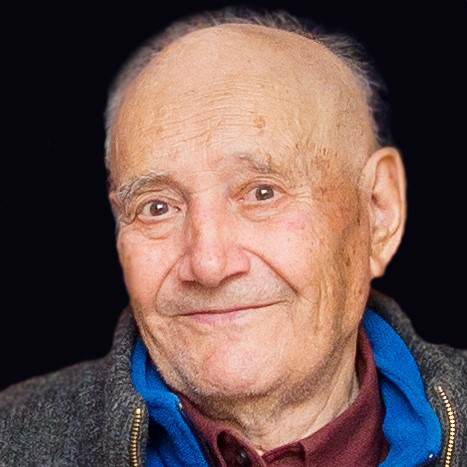