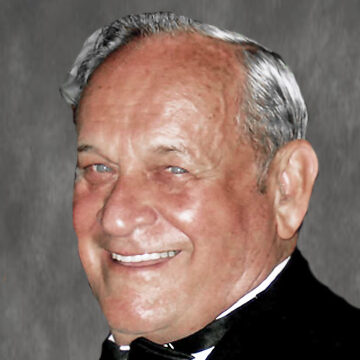 John was born in West Roxbury, to the late John J. and Katherine A. (Waldron) Quinn. Raised and educated in Dorchester, he was a proud graduate of the former Saint Peter’s School in Dorchester and Mission High School in Roxbury, Class of 1948, and attended Northeastern University in Boston. He had lived in Quincy for most of his life, spending twenty years in Yarmouth Port. John also enjoyed summering with his family in Falmouth for over thirty years.

John served in the United States Air Force from 1951-1956 during the Korean conflict and attained the rank of Staff Sergeant.

He was employed as a field manager at IBM, Inc. in Boston for thirty-one years.

John was a lifetime member of the Cyril P. Morrisette American Legion Post #294 in Quincy and the DAV Quincy Cavanagh Post #79. He also belonged to the Cape Cod and Quincy Knights of Columbus where he was a Fourth Degree Knight.

He especially enjoyed spending time with his family and was known for always fixing things. He was an avid golfer and belonged to the Golf Club of Yarmouth Port for twenty years. John was also a proud member of the ‘Mon Backs at the Yarmouth Food Pantry.

John is also survived by many nieces, nephews, and cousins.

Visiting hours will be held at the Sweeney Brothers Home for Funerals, 1 Independence Avenue, Quincy, on Thursday, October 28, from 3 – 6 p.m. Relatives and friends are invited to attend. A Funeral Mass will be celebrated by Reverend Peter F. Quinn in Saint Agatha Church, 432 Adams Street, Milton, on Friday, October 29, at 10:30 a.m. Interment, with military honors, to follow at Saint Joseph Cemetery, West Roxbury.