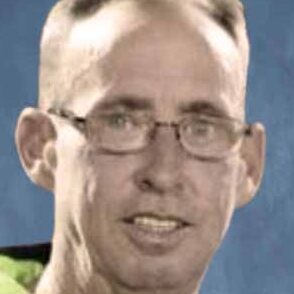 Kenneth Havelock Parlee, age 64, of Rockland, formerly of Pembroke and Braintree, died peacefully, Sunday, September 18, 2022, in the comfort of his home, surrounded by his loving family.

Kenneth was born in Weymouth, raised and educated in Braintree and was a graduate of Braintree High School, Class of 1976. He lived in Rockland for twenty-two years, previously in Pembroke and Braintree.

As he began his career, Kenny enjoyed working with his late father and brothers at the family gas station business, the former Parlee’s Service Center in Braintree. He later worked at Central Auto Radiator Sales as a manager of eighteen warehouses for many years. He also opened his own radiator business called, East Coast Radiator in Weymouth, which he operated for several years.

He then went on to work at Boston University, as a facilities manager for almost twenty years. He was a hardworking and dedicated employee who loved his time at BU. Kenny was a great role model and was well-liked and respected by peers and students.

As a young man, Kenny was an active member of the Quincy Point Congregational Church in Quincy.

He was an avid Boston sports fan and especially enjoyed the New England Patriots and Tom Brady.

Kenny loved being at home and spending time with his family. He was especially proud of his wife and children, supporting their many accomplishments.

Cherished son of Lucy A. (Swan) Parlee of Braintree and the late Wayne G. Parlee.

Brother-in-law of Thomas M. Corliss and Ann Marie Wall of Hanover, and Kathleen A. Dougherty and her husband David of Abington. Ken is also survived by many nieces, nephews, and their families.

Visiting hours will be held at the Sweeney Brothers Home for Funerals, 1 Independence Avenue, Quincy, on Thursday, September 22, from 4 – 7 p.m. Relatives and friends are invited to attend. Funeral Services will be conducted at the funeral home on Friday, September 23, at 10 a.m. Reverend Kimberly J. Murphy, Pastor of the Quincy Point Congregational Church, will officiate.

For those who wish, donations in Kenny’s memory may be made to St. Jude Children’s Research Hospital, 501 St. Jude Place, Memphis, TN 38105.