Recognizing herself to be a Pilgrim on this Earth, Pat Smith completed the final leg of her journey when she passed, after a brief illness, on Thursday, June 3, 2021. She left this Earth in hospice care at her home, surrounded by her loving family. She was 86 years old.

The youngest of six children born to Irish Immigrants, Pat grew up in a cold water flat in the Roxbury section of Boston. What her family of origin may have lacked in material wealth, they more than made up for in faith in God and deep compassion for the hurting, whether they be family or strangers. These are the two defining values that Pat carried throughout her life and demonstrated in every interaction.

A woman with a deep and living faith, Pat described herself as a “fool for Christ”, always willing to go out on a limb and take a risk when she felt led by the Holy Spirit to do so. She had an uncanny ability to connect on the deepest of levels with her fellow travelers, whether standing on line in a bank, riding the subway, or sitting in a hospital waiting room. There are countless stories of Pat striking up a conversation with a stranger or a neighbor only to have their “small talk” evolve into a tearful sharing of deepest struggles and doubts, with which Pat would sincerely empathize and about which she would typically hold their hands and pray.

Pat held a special place in her heart for those struggling with anxiety and social phobias, privately counseling many over the years and continuing to lead a telephone support group well into her eighties.

Pat married her husband, Bob, in 1959 at age 24 and together they had six children in ten years. When they moved out of the city as a young couple and into their modest Cape style home near the railroad tracks in East Braintree, Pat said she felt as rich as any millionaire. She would pause and thank God for her “mansion” each night before bed.

That mansion was small but it was full of life with six kids tucked into 2 bedrooms and room for Uncle Dennis. Dennis was Pat’s developmentally-disabled brother who had come over from Ireland when he was 27. Pat would say that she had invited Dennis for dinner one night but since he had no place else to go, she just never asked him to leave. The house was host to years’ worth of prayer meetings, Bible studies and CCD classes which Pat continued to teach long after her own children were confirmed. It saw the arrival of 16 grandchildren and 7 great grandchildren. Bob passed away in the home after a year-long battle with cancer in 1993.

Pat was a vibrant and active woman always on the go prior to the recent onset of her health issues. She golfed 18 holes most days of her life and was famous for taking long, brisk walks all over town. Sometimes so far from home that people who knew where she lived would pull over to ask her if she had broken down somewhere. Her biggest passion was dancing. She loved getting dressed up for a night of ballroom dancing or just “jitterbugging” with her daughters in the kitchen. As a widow, she felt blessed to fall in love with her widowed dance teacher, Dave, later in life. The two made a great couple on the dance floor and as the closest of friends.

Pat made several religious pilgrimages including to the Marian apparition sites of Medjugorje, Lourdes and Fatima as well as to the Holy Land.

Pat was also a gifted writer and storyteller. She delighted in telling self-deprecating stories with a moral. She would often gather her children, grandchildren and great grandchildren around her during the holidays to share her “greatest hits” as well as news of what she saw God doing in her life lately. She always noticed the many ways everything and everyone is connected to God and to each other. She refused to call any of these “coincidences” but instead referred to them as “God-instances”. For her, each one was a miracle and proof enough that God is real and that he loves us.

Patricia was the daughter of the late James E. and Mary (Spriggs) Fahey and the beloved wife of the late Robert J. Smith.

Devoted mother of Marie Richardson and her husband Don of Pittsfield, Anne M. Marotta and her husband James of Randolph, Robert J. Smith, Jr. and his wife Tina of Indiana, Vicki M. Murphy and her husband Scott of Norwood, Edward D. Smith of Plymouth, and the late Terri M. Higgins and her surviving husband Richard of Rockland.

Visiting hours will be held at the Sweeney Brothers Home for Funerals, 1 Independence Avenue, Quincy, on Tuesday, June 8, from 4-7 p.m. Relatives and friends are invited to attend. A Funeral Mass will be celebrated in Sacred Heart Church, 72 Washington Street, Weymouth, on Wednesday, June 9, at 12 p.m. Interment to follow at Blue Hill Cemetery, Braintree.

For those who wish, donations in Pat’s memory may be made to Hospice of the South Shore, 30 Reservoir Park Drive, Rockland, MA 02370. 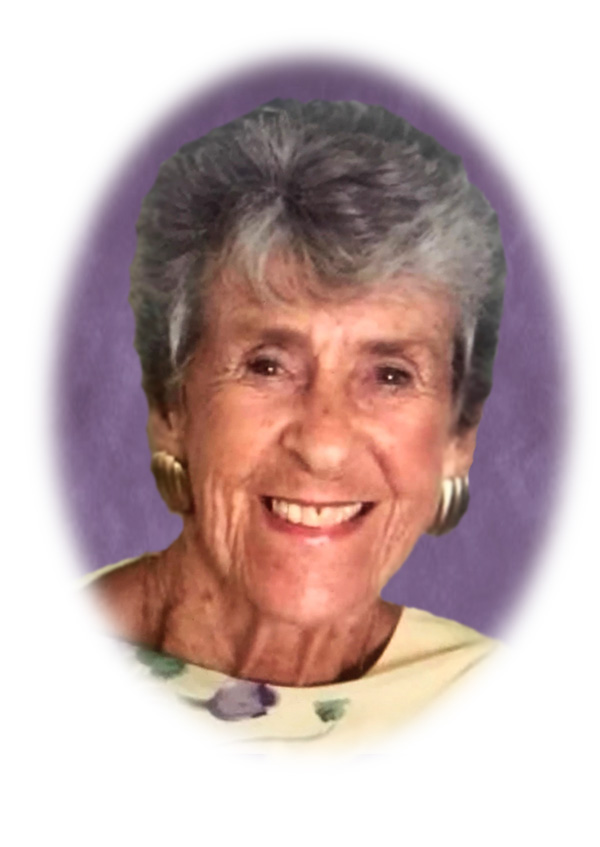