Born in Jamaica Plain, she was the daughter of the late Joseph and Marie (O’Rourke) Mooney. Pat was a graduate of the former Saint Thomas Aquinas High School in Jamaica Plain, Class of 1947, and attended the former Staley College in Brookline. She had lived in Quincy for fifty-eight years.

Pat was a devoted homemaker but had also worked as a secretary at the Metropolitan Transit Authority in Boston for thirteen years and at Quincy Community Action Programs for eleven years.

She was an active and longtime member of Saint John the Baptist Parish in Quincy. Pat served as a Lector, Extraordinary Minister of Holy Communion, and selflessly offered her time and talent in the rectory for almost fifty years, assisting in the administration of the parish. She was also a member of the Saint John’s Ladies Sodality, Quincy Catholic Club, and the Putnam Street Wicky Wackies.

Pat enjoyed vacationing in Ireland, having made twenty-six trips.

Beloved wife of the late Thomas P. Mullen who died in 2008. Devoted mother of Tricia M. London and her husband Brian of Westwood, and Thomas E. Mullen and his wife, Jennifer M. Ort of Milton.

She was predeceased by her siblings, Arlene C. Badessa and Robert C. Mooney. Pat is also survived by many nieces and nephews.

Affectionately referred to as the matriarch, she was the oldest of twenty-three cousins and was also the godmother to seven godchildren.

In light of current events, funeral services will be held privately. A Funeral Mass will be celebrated in Saint John the Baptist Church in Quincy and interment will take place at Blue Hill Cemetery, Braintree.

Donations in Pat’s memory may be made to the Sisters of Charity of Halifax Retirement Fund, 125 Oakland Street, Wellesley, MA 02481 or Saint John the Baptist Church, c/o 556 Washington Street, Quincy, MA 02169. 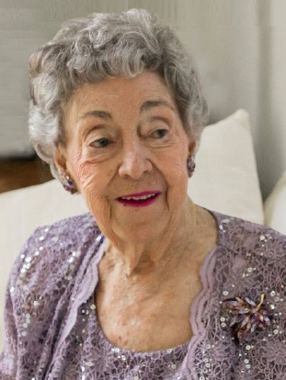