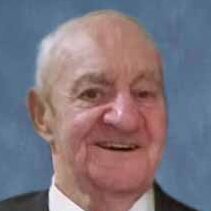 William was born in Quincy, to the late Michael Joseph and Marie (McGee) Schlager. Raised and educated in Braintree, he was a graduate of Braintree High School. He had lived in Quincy for over forty years.

Bill was proud to have served in the United States Navy during the Korean conflict aboard the destroyer, USS Caperton (DD 650).

He was employed by General Dynamics as a painter at the former Fore River Shipyard in Quincy for many years.

Bill enjoyed playing the lottery and was a Boston sports fan.

Most of all, Bill was dedicated to his family, especially his grandchildren, supporting all their many activities and accomplishments.

Devoted father of Jeffrey A. Schlager and his wife Tina of Georgia, Thomas M. Schlager, and Heidi A. Murphy and her husband Chris, all of Brockton.

One of four siblings, Bill was the dear brother of Linda Goodwin and her husband Bruce of Kingston and pre-deceased by Robert and Richard Schlager. Bill is also survived by many nieces and nephews and their families.

Funeral Services will be conducted at the Sweeney Brothers Home for Funerals, 1 Independence Avenue, Quincy, on Friday, July 15, at 10:30 a.m. Relatives and friends are invited to attend. Visitation prior to the service from 9:30 – 10:30 a.m. Interment, with military honors, to follow at Pine Hill Cemetery, West Quincy. 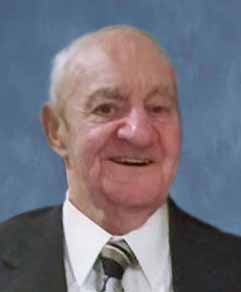