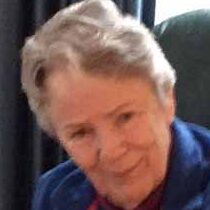 Janet is also survived by her endlessly devoted sisters, Jeanne Weddleton of Florida and Ann Devin of Braintree. She was predeceased by her husband, Clement Bauman, her sister Marjorie Delaney and her brother James Delaney. Janet also leaves many nieces and nephews who will feel her absence every day.

Janet was born in Boston to the late Marcus and Marjorie (Holland) Delaney. Janet was raised and educated in South Boston, graduating from Cardinal Cushing High School. She was employed as a medical secretary and lived in Randolph for more than 35 years, before moving to Braintree eleven years ago.

The fourth of five children, Janet was fierce from a young age, and her determination was her calling card. She was the first girl in the city of Boston to have a paper route, and that experience laid the foundation for her relentless work ethic. Once she put her mind to something, there was no stopping her. She would entertain the next generation for hours with tales of her mischief as a schoolgirl, admitting with a twinkle in her blue eyes that it was possible she may have broken a few rules.

Janet was loving, compassionate, ridiculously independent, and loyal beyond measure. When she loved you, it was completely and it was forever. She was deeply humble and completely underestimated how much she was loved and cherished. We know she is now at peace and have faith that we will see her again.

A Funeral Mass will be celebrated in Saint John the Baptist Church, 44 School Street, Quincy, on Monday, January 9, at 11:30 a.m. Relatives and friends are invited to attend. Interment to follow at Saint Joseph Cemetery, 990 LaGrange Street, West Roxbury.